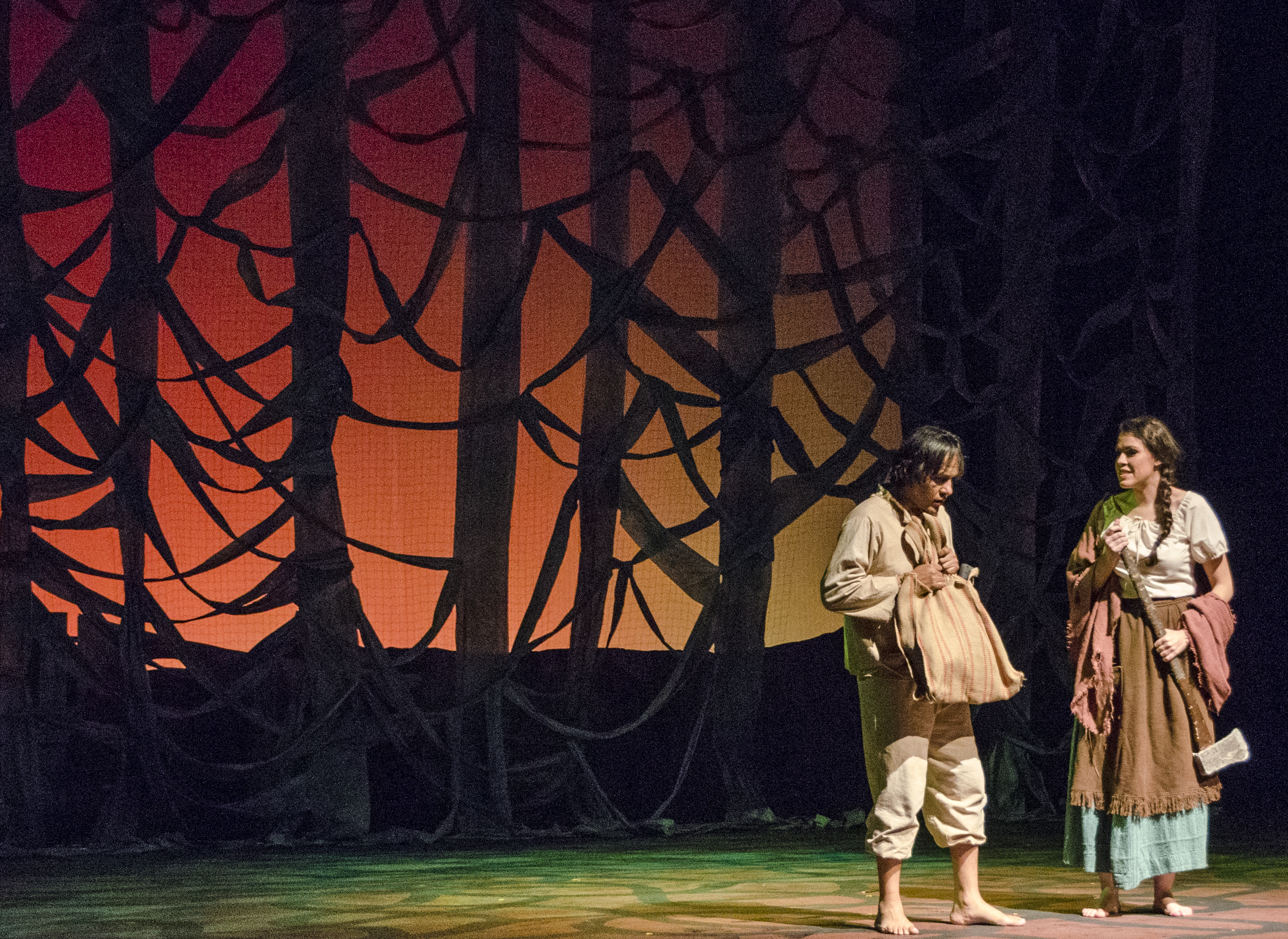 As envisioned by Teatro Visión's Founding Artistic Director Elisa Marina Alvarado and our nationally renowned team of commissioned artists, Teatro Visión’s Macario marries elements of spectacle, music, and dance in culturally authentic and visually exciting ways. Bringing Macario to the stage was a decade-long effort for Elisa, who worked for over three years to secure the rights to adapt the story, eventually being granted exclusive permission to do so by the family members of author B. Traven. 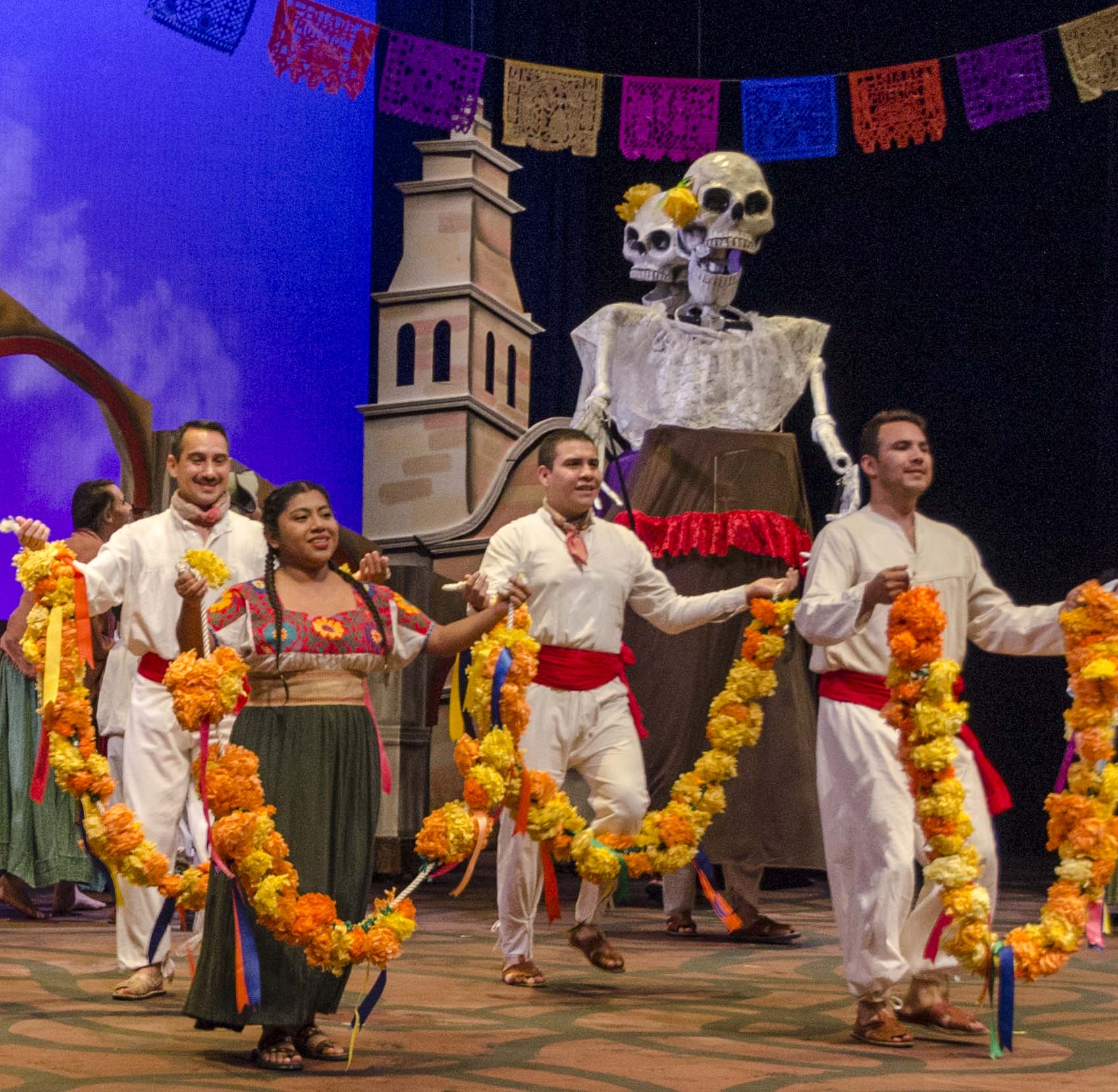 Set in the Viceregal era, when Mexico was still New Spain, the parable-like story of Macario features three spirits who attempt to persuade the title character, Macario, to reflect on his choices when he comes into the fortune of getting a full turkey to eat. It is a work steeped in history that has become part of the fabric of Mexican culture. Adapted from the original novel in 1960, Macario became the first film from Mexico to be nominated for an Academy Award. 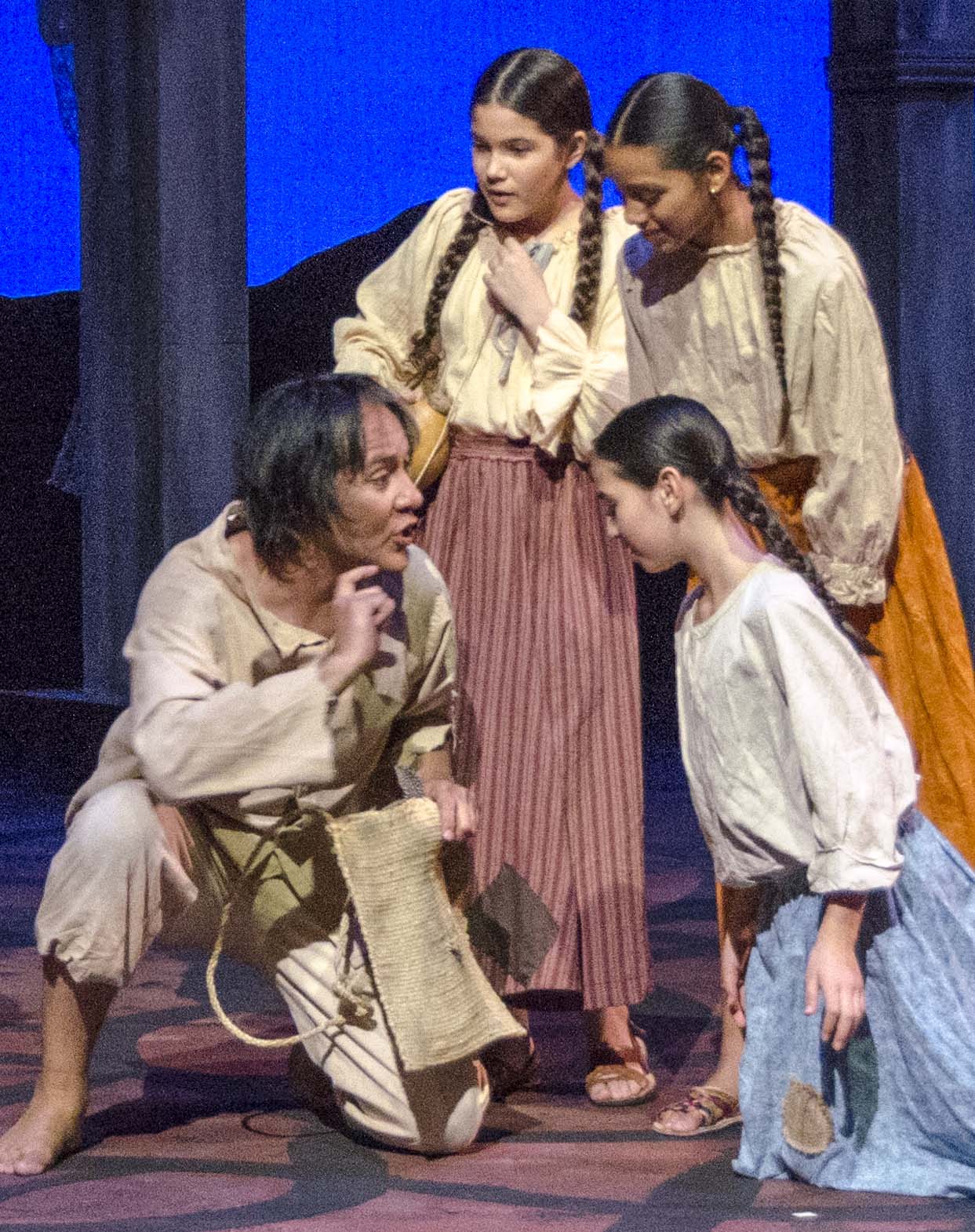 Teatro Visión worked for more than a year with award-winning playwright Evelina Fernández to complete the Macario script and bilingual translation, in a creative process that included exploration of the novel’s themes through individual interviews with 23 residents of the Mayfair community of East San José and dialogues with organizations working to address hunger and access to healthy food in Silicon Valley. Composer Dr. Russell Rodríguez crafted a cycle of original music for the production and original choreography was created by Maria de la Rosa, one of the founding members of local dance company Los Lupeños de San José. The development process included screenings of the film, exploratory workshops, and script readings, all open to the community.
Teatro Visión produced the world premiere of Macario in October 2013, then remounted the production in October 2014, 2015, 2016, and 2019.

Composer Russell Rodríguez is an accomplished musician specializing in performance styles of huasteca, jarocho, mariachi, and other traditional music forms of México. His theater credits include working with San José Repertory Theater and El Teatro Campesino.

Playwright Evelina Fernández is an award-winning actor, playwright and screenwriter. Her epic A Mexican Trilogy: An American Story, which consists of her plays Faith, Hope, and Charity, was recently staged at the Los Angeles Theatre Center by the Latino Theater Company.

Original production Director and former Teatro Visión Artistic Director Elisa Marina Alvarado is a founding member of Teatro Visión and served as Artistic Director until 2017. As an actress, director and community organizer she has been active in the Chicano movement for over thirty years. Elisa has taught theater for Teatro Visión, San José State University, San Francisco State University and many community organizations. She developed a new works program, Codices, through which Teatro Visión has produced world premieres for plays including Conjunto by Oliver Mayer and Boxcar by Silvia Gonzalez.