Luz: A Shadow Play Inspired by Senior Stories was created from the real stories of seniors and elders in our community. We are grateful for the trust and courage they showing in sharing their stories with us. We honor their contributions to our community.

In 2018, Teatro Visión teamed up with local playwright Cristal González Avila to create more intergenerational connections in our community. Cristal gathered stories from seniors and elders in our community and created nine 1-minutes plays. We debuted one of these plays at each performance of Departera in October 2018. Audience members at Departera were invited to leave a note at a kiosk in the lobby to let the seniors who so generously shared their stories know that their stories were heard and appreciated.

Cristal then expanded these stories into a new play entitled Luz: A Shadow Play Inspired by Senior Stories, which premiered in January 2020 to a sold out audience.

The next step of this project will be to create a portable version that will be available for performances at community venues like schools and senior centers.

Download the study guide for Luz: A Shadow Play Inspired by Senior Stories.

This project was made possible by an Audience Engagement Project Grant and an X Factor Grant from Silicon Valley Creates. 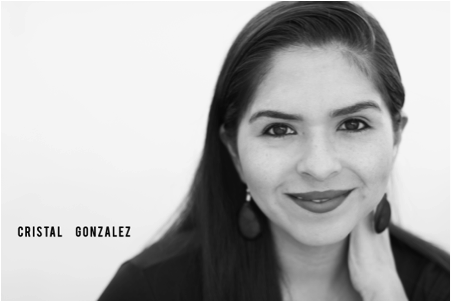 A company member with El Teatro Campesino and Baktun12, Cristal González Avila is a first generation Chicana actress, playwright, poet and director from Watsonville, CA. She holds a B.A in Theater Arts from San Jose University and is a Reed Award recipient for Excellence in Acting and Oral Interpretation. Her recent work includes "La Sombra" (The Shadow) a solo performance, a full length play PIERNAS: The Story Between Our Legs, and her book of poetry Sombra Mia (January 2019).