Every now and again, we'll check in with MACARIO Production Director and longtime Teatro Artistic Associate Rodrigo García for an update on the production. This is the first installment... 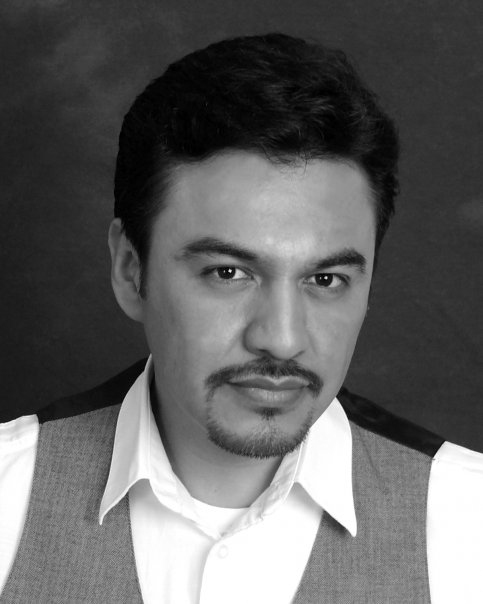 MACARIO 2014 is in full force. Our traditional orientation rehearsal went really well, with all the cast, production team, designers, and community participants gathered at Hoover Community Center. Teatro Visión Co-Founder and Artistic Director Elisa Marina Alvarado attended the session and gave an inspiring talk about MACARIO as a vehicle to further the conversation about hunger and food justice in our communities.

The design team also shared the aesthetic concept of this year's production, which is inspired by Expressionism and the work of Mexican muralists such as Siqueiros, Rivera, and Orozco. Both of these elements reflect the style of the award-winning film adaptation of Macario from the early 1960s.

The play uses the same basic script, but there will be two new songs added this year, and some new arrangements to the original song cycle. We are also expanding our music ensemble to include five instruments — including Quinteto Latino founder Armando Castellano on French horn — and a dedicated coro (or choir). Music has always been a key element of Teatro Visión’s concept for MACARIO, and we expect these additions to have a dramatic effect on the play.

This year, we are also expanding community participation in the play by casting four additional non-speaking roles from students of our annual teatro classes at Hoover Community Center and the School of Arts & Culture at Mexican Heritage Plaza. We are aiming to add a few more visual elements — such as mojingas and a large calavera puppet-like mask — to make MACARIO even more vibrant, colorful, and entertaining, while maintaining its original essence.

We have dedicated the first two weeks of rehearsals to focus solely on music. As I mentioned before, the music is such an important part of the play that we wanted to make sure the quality of the songs were in alignment with our production standards. We recruited MACARIO 2013 veteran Juan Reyes to be our Vocal Coach. Juanito is an amazing singer and musician with years of experience performing with renowned Latino artists. The inimitable Russell Rodríguez is reprising his role as our Music Director and has completed a rearrangement of the original song cycle he composed for the MACARIO World Premiere.

We are excited to have Arturo Magaña (Los Lupeños, School of Arts & Culture) as our Dance Director as we honor the creative work of María de La Rosa, who will be a consultant on this year's production. We asked Arturo to join the production not only because he is a talented dancer and choreographer — and a local boy — but also to strengthen our community partner relationship with the School of Arts & Culture. That’s all for now. I’ll have more to update next week!