Macario is set in pre-independence Mexico of the late 18th Century, but its themes of resilience, creativity, and economic inequality are just as relevant here in San José today. That's why Teatro Visión is committed to using Macario to raise awareness of and action on food justice issues in our community.

As part of that commitment, we hosted a food drive for Second Harvest Food Bank during the run of Macario, which brought in more than 100 pounds of food! 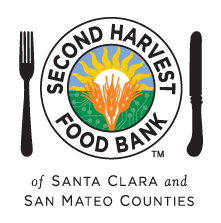 Based in Silicon Valley, Second Harvest Food Bank of Santa Clara and San Mateo Counties is one of the largest food banks in the nation. Currently providing food to more than one quarter of a million people every month, Second Harvest is a trusted community-based organization that was founded in 1974. Despite the immense wealth in Silicon Valley, and partly due to the high cost of living, hunger and malnutrition are pervasive. The Food Bank distributes nutritious food, including more fresh produce than any other food bank in the country, through a network of nearly 320 nonprofit partners at more than 850 sites. Second Harvest is pursuing innovative efforts to increase access to food resources as it seeks to feed an additional 100,000 hungry people each month. To reach more people, it advocates for anti-hunger policies and connects those in need to federal nutrition programs and other food resources. To learn more about how Second Harvest is building a hunger-free community, visit www.SHFB.org.