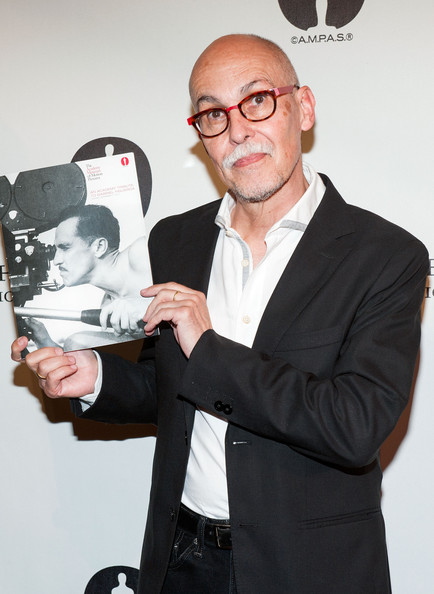 Teatro Visión is honored to partner with the Consul General of México in San José to host a “platica” (talk) with Gabriel Figueroa Flores, a renowned photographer and son of the famed Mexican cinematographer, Gabriel Figueroa, whose work included the Academy Award-nominated film Macario. The platica is scheduled for 6:00pm on Friday, October 16, 2015, at the School of Arts and Culture at Mexican Heritage Plaza (1700 Alum Rock Avenue, San José).

This event is being held in conjunction with Teatro Visión’s annual production of MACARIO, a one-of-a-kind theatrical adaptation of the film and original novel by B. Traven, which runs October 15-25. Only guests with tickets for the October 16th performance will be admitted to the platica. Members of the press and dignitaries are advised to request admission in advance.

Gabriel Figueroa Flores was born in Mexico City in 1952 and received a Bachelor's degree in Visual Arts from Westminster University in London. He has studied photography with Ansel Adams, Manuel Álvarez Bravo, Arnold Newman, and Eikoh Hosoe. He has contributed to national and international publications such as Life Magazine, New West, New York, Landscape Architecture, Artes de México, and Los Universitarios, and his work has been shown in Mexico, Switzerland, Belgium, England, France, Italy, Panama, and Spain.

He has been a tutor with the Young Creators grant program of the Mexican Council for the Arts and Culture, and a member of the National System of Artistic Creators in Mexico. He recently participated in his first film production as director of photography also co-directed a feature length film about Diego Rivera, Gabriel Figueroa and Manuel Alvarez Bravo, using footage shot by these artists in 1949. More information can be found at www.gabofigueroa.com.

From the early 1930s through the early 1980s, Mexican cinematographer Gabriel Figueroa (1907–1997) helped forge an evocative and enduring image of Mexico. Among the most important cinematographers of the so-called “Golden Age of Mexican Cinema”, Figueroa worked with leading directors from Mexico, the United States, and Europe, traversing a wide range of genres while maintaining his distinctive and vivid visual style. In the 1930s, Figueroa was part of a vibrant community of artists in many media, including Diego Rivera, Jose Clemente Orozco, Edward Weston, and Manuel Alvarez Bravo, who sought to convey the country’s transformation following the trauma of the Mexican Revolution. Later, he adapted his approach to the very different sensibilities of directors Luis Buñuel and John Huston, among others. Figueroa spoke of creating una imágen mexicana. His films are an essential part of the network of appropriations, exchanges and reinterpretations that formed Mexican visual identity and visual culture in the mid-twentieth century and beyond.

Figueroa is often referred to as “The Fourth Muralist” of Mexico. His work contributed to the establishment of a visual culture and national identity in post-revolutionary Mexico. His films include such Mexican classics as María Candelaria, Enamorada, La perla, and Víctimas del pecado, which stand alongside works for such diverse directors as John Ford (The Fugitive), Luis Buñuel (Los olvidados), Don Siegel (Two Mules for Sister Sara) and John Huston (The Night of the Iguana). Figueroa’s dazzling black-and-white cinematography for the latter film earned him an Oscar nomination in 1964.