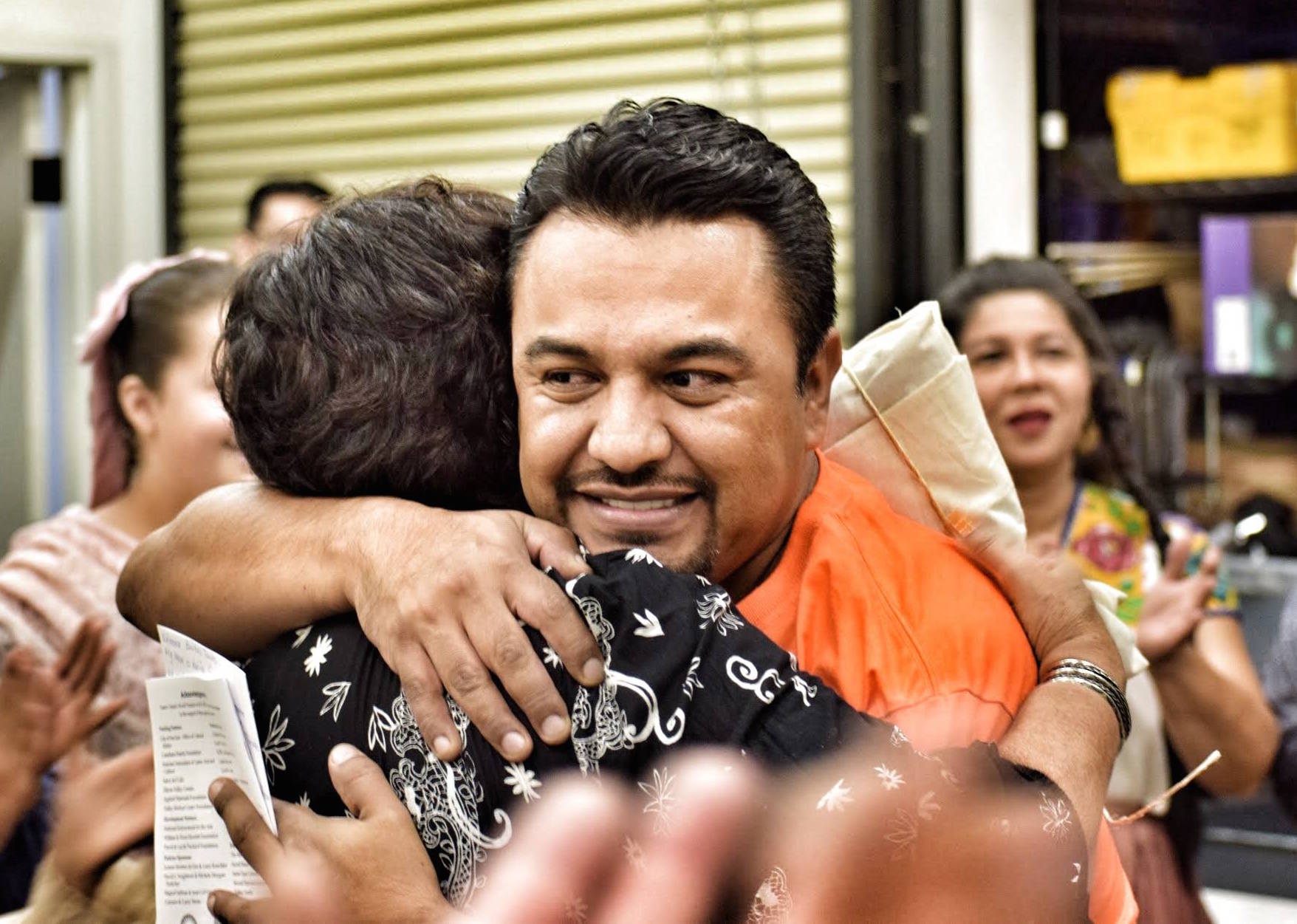 We're honored to announce that Teatro Visión's long time artistic compañero, Rodrigo García, will receive an 2015 Beacon of Light Award from the County's Office of Human Relations for his important contributions to the effort to expand the rights and quality of life of immigrants in Santa Clara County!

The award ceremony will be at 8:30am on Wednesday, February 11th, at the Sobrato Center for Nonprofits, 1400 Parkmoor Ave. in San José. All are welcome to celebrate with us. The awards ceremony is part of a day-long conference on immigration issues presented by the OHR. Please see this flyer for more information.

Here's what Managing Director Peter Allen wrote about Rodrigo in nominating him for this award on behalf of Teatro Visión...

Rodrigo has played a key role in Teatro Visión’s survival and evolution over nearly a decade of professional and volunteer service. His efforts have enabled Teatro to weather a tenuous period for nonprofit arts while simultaneously transforming our programming model to focus on developing new work through community engagement and participatory theater experiences. He consistently takes little or no pay to perform in our plays, teach our innovative youth classes, and help our artistic team produce high quality productions that explore issues of social justice and immigrant identity.

Rodrigo is an accomplished actor, director, educator, and translator, having graduated from the National Institute of Fine Arts in Mexico City with a degree in modern dance and drama. He is a Theater Communications Group (TCG) fellow, a graduate of 1st Act Silicon Valley’s Multicultural Arts Leadership Institute (MALI) Class of 2009, and a member of the National Association for Latino Arts and Culture (NALAC). Rodrigo’s stage credits at Teatro include the 2013 world premiere of Macario as well as The Woman Who Fell From The Sky, Visitor's Guide to Arivaca, and La Victima.

Over the last five years as a Teatro Visión artistic associate, Rodrigo has translated into Spanish the works of Rudolfo Anaya (Bless Me Ultima), Octavio Solís (Ghosts of the River), Leonard Madrid (Perla), and Victor Hugo Rascón Banda (The Woman Who Fell From The Sky). Rodrigo also helped to develop Teatro’s Spanish adaptation of Sandra Cisnero’s The House of Mango Street. This work is critically important in making our plays accessible to the Spanish-speaking and immigrant communities we serve. As a member of our staff for many years, Rodrigo also helped to manage communications and artistic development projects. In 2013, he co-directed the world premiere production of Teatro Visión’s Macario, a spectacle of theater, music, and dance that we are developing into a Día de los Muertos tradition for San José. This show was more than a decade in the making and represented one of the most ambitious undertakings in our history.

Rodrigo played a key role in the creative process for Macario, which included exploration of the story’s themes through interviews with residents of the Mayfair community of East San José and dialogues with organizations such as Sacred Heart Community Service, Second Harvest Food Bank, and others working to address hunger and access to healthy food in Silicon Valley. Building off this work, Teatro has used the Macario production to raise awareness of hunger and poverty in our community and spark a dialogue for finding collaborative solutions to growing economic inequalities in our society. 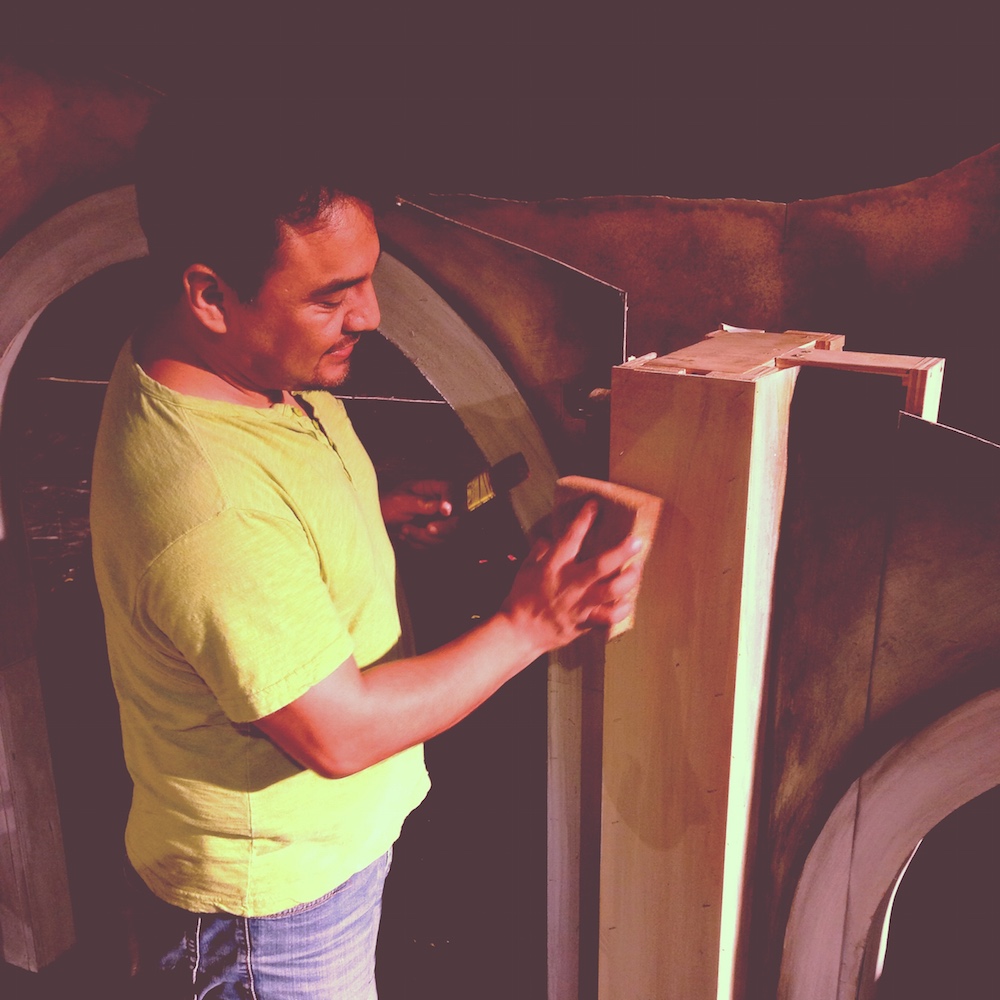 For the 2nd annual production of Macario in 2014, Artistic Director Elisa Marina Alvarado passed the director’s reins to Rodrigo, and he delivered a show that is already regarded as among our finest work. Rodrigo consistently went above and beyond his contract as director, rehearsing with the cast and crew six days a week over the course of the production. This is not to mention his complete translation of the Macario script from Spanish to English for our unique supertitle projections, which allowed non-Spanish speaking audiences to experience this vital work. He even stepped up to help finish painting the set in the hours prior to the opening performance!

After burning the candle at both ends to help keep Teatro alive and thriving, Rodrigo spends his days on the staff of the Community Health Awareness Council (CHAC), a nonprofit mental health services agency where he provides training and support to LGBT youth and their families. He is a leader within the local immigrant, Latino, and LGBT communities, working with a variety of organizations such as Colectivo ALA, where he explores the experiences of those communities through theater. His passion for equity, art, and culture is not only part and parcel to Teatro’s mission, but a spirit that he brings to everything that he does – along with an infectious smile.

We are proud to have Rodrigo as part of the Teatro family, and it is a great honor for him to receive a Beacon of Light Award!