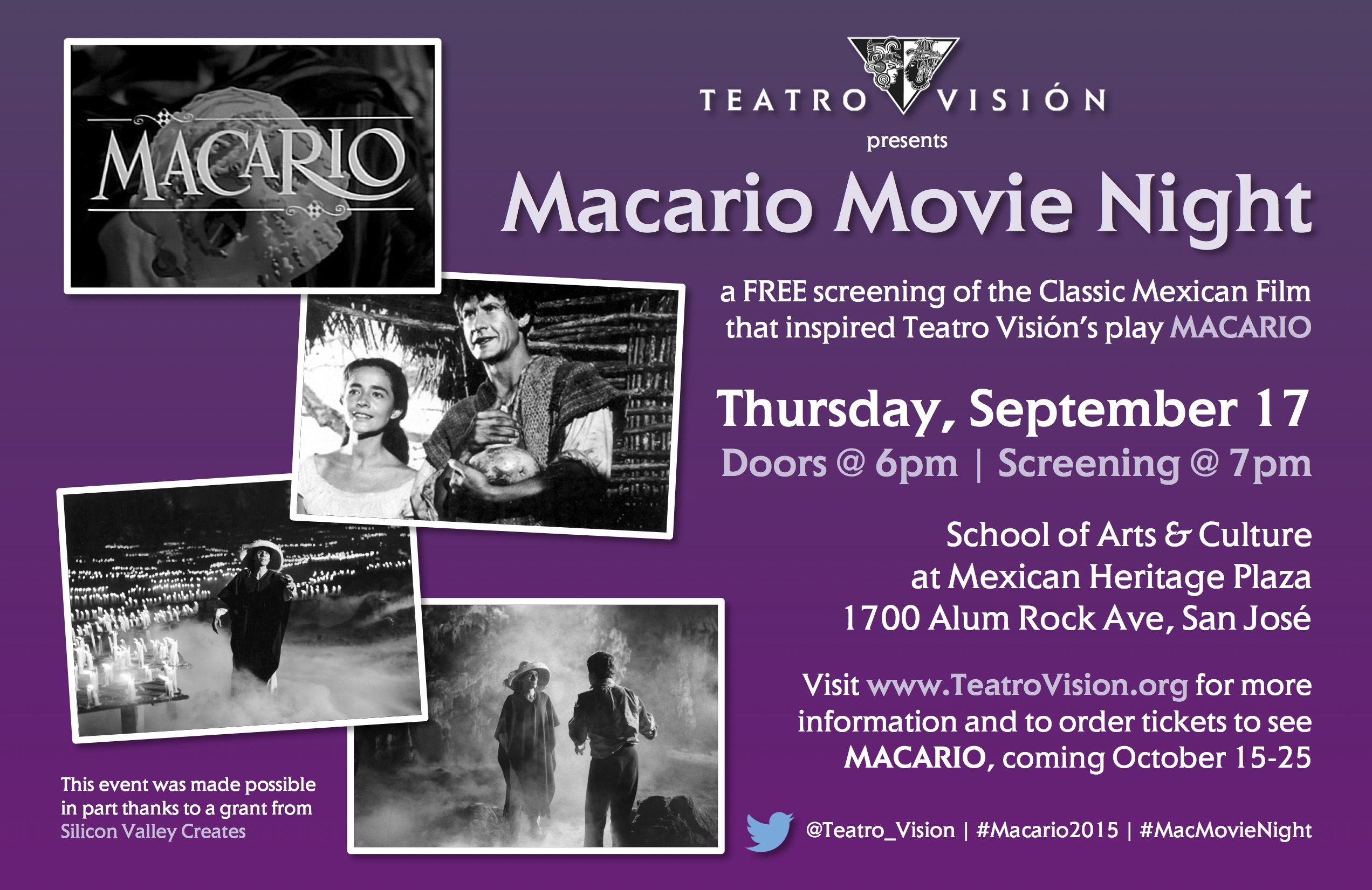 Teatro Visión is proud to present a FREE screening of the Academy Award-nominated Mexican film that inspired our stage play of MACARIO.

Directed by Roberto Gavaldón and starring Ignacio López Tarso and Pina Pellicer,Macariois based on a novela by the mysterious writer B. Traven and set in colonial New Spain (modern-day Mexico). It was the first Mexican film to be nominated for the Academy Award for Best Foreign Language Film. It was also entered into the 1960 Cannes Film Festival.

Although shooting in black and white, Gabriel Figueroa creates a stunning visual pallette in the film that we've tried to honor in the stage and lighting design for our stage production.

We hope you'll join us for a FREE night at the movies, and then order your tickets for MACARIO, coming in October to the School of Arts & Culture at MHP.

This event is made possible in part thanks to a grant from Silicon Valley Creates and the Applied Materials Foundation.